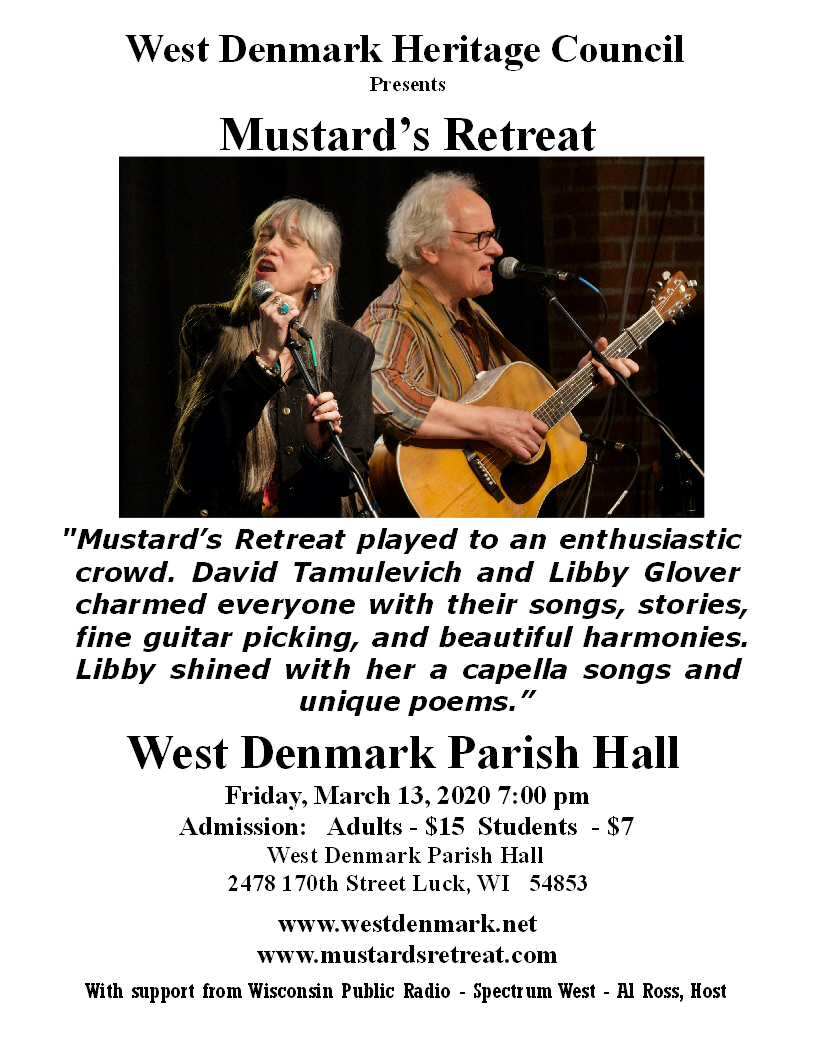 Thursday, January 30 at the West Denmark Lutheran Church at 7:30 pm

Mike Block is a pioneering cello player, singer, composer, and educator, hailed by Yo-Yo Ma as the "ideal musician of the 21st-Century." Passionate about cross-cultural collaboration through music, Mike is committed to inspiring individuals and connecting communities. At home in a wide range of musical styles, through a multi-genre approach to composition, performance and education, he seeks to inspire audiences and empower musicians to find joy in the full world of music.

Mike is member of Yo-Yo Ma's Silk Road Ensemble (SRE), having joined in 2005 while a student at The Juilliard School. Touring extensively throughout the world with SRE, he has been featured as cello and vocal soloist, contributed arrangements and compositions, and earned a Grammy Award in 2017 for their album, Sing Me Home. Mike also served as Music Director for SRE’s acclaimed opening concert of New York City's Central Park SummerStage 2011 season "Night at the Caravanserai: Tales of Wonder".

As an innovator, Mike is among the first wave of cellists to adopt a strap in order to stand and move while playing. Employing his patented design, The Block Strap, Mike was the first standing cellist to perform at Carnegie Hall. The NY Times characterized the performance as, "Breathless ... Half dance, half dare."

As an educator, Mike is passionate about creativity and collaboration.  In 2010 he founded the Mike Block String Camp (MBSC) as a way to provide players of all backgrounds the opportunity to learn from a world-class faculty in a variety of styles, supporting the exploration and development of the artistic voice of each student. Mike is also the founding Director of Silkroad’s Global Musician Workshop (GMW), designed to foster a community of globally minded musicians. He teaches online through his Multi-Style Cello School at ArtistWorks.com, with an extensive library of instructional and performance videos, and authored the book Contemporary Cello Etudes, published by Berklee Press.

Acclaimed by the NY Times for his "vital rich-hued solo playing," Block's solo performances offer a rich mixture of core classical repertoire with original compositions. He has collaborated in performance and recordings with a variety of diverse musicians, including Will.i.am, Edgar Meyer, Stevie Wonder, The New York Philharmonic, Bon Iver, Zakir Hussain, Rachel Barton Pine, Allison Krauss, Mark O'Connor, Rhiannon Giddens, Bobby McFerrin, Darol Anger, Mike Marshall, and Julian Lage. Mike is an active recording artist of original material, folk music and cross-cultural collaborations. He has an ongoing project to record all of the Bach cello suites in acoustically glorious bathrooms of famous concert halls, BachInTheBathroom.com. In 2017, Block became an ongoing contributor to Facebook’s Sound Collection, for which he has composed, arranged, recorded, and produced over 350 tracks ranging from Western Classical to contemporary pop, as well as traditional music from Asia, Africa, Latin America, and the Middle East.

During his time living in New York City, Mike regularly subbed on Broadway as on-stage cellist for the Pulitzer Prize winning musical, Next to Normal, and he also worked as Music Consultant on the 2012 film, A Late Quartet. Mike was the subject of a 2011 feature article in the Wall Street Journal for his Artistic Directorship of the GALA BROOKLYN Music Festival, featuring cross-cultural collaborations among locally-based musicians. Mike’s television and radio credits include Late Night with Conan O’Brian, Regis and Kelly, NBC’s 30 Rock, NPR’s St. Paul Sunday Morning, WNYC’s Soundcheck, APM’s Performance Today, WNBC 4’s Chuck Scarborough Show, VH1, The Disney Channel, and the CBS Early Show. Mike attended the Cleveland Institute of Music, where he studied cello with Richard Aaron, and received the Jim Hall Prize for Undergraduate Achievement. He earned a Master’s Degree from the Juilliard School, studying with Darrett Adkins and Joel Krosnick. Mike plays on a modern cello made in 2014 by Fabienne Gauchet, a Yamaha electric cello, D’Addario strings, a David Gage Realist pickup, and the patented cello strap of his own design, The Block Strap. In 2012, he was appointed Associate Professor at the Berklee College of Music, and in 2018 also joined the faculty of New England Conservatory through the Contemporary Improvisation program. Mike lives in Boston with his wife, fiddler Hanneke Cassel, and their young daughter. 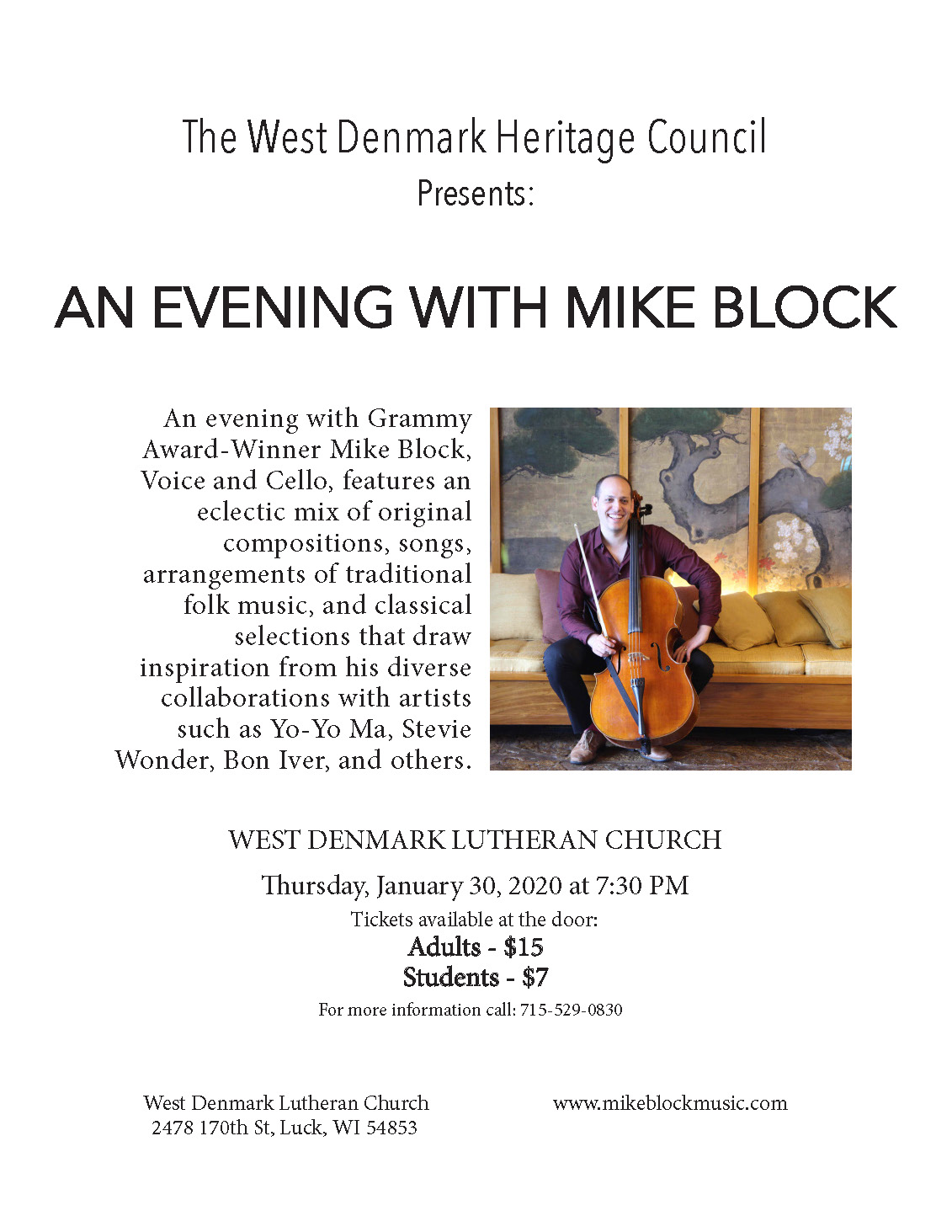 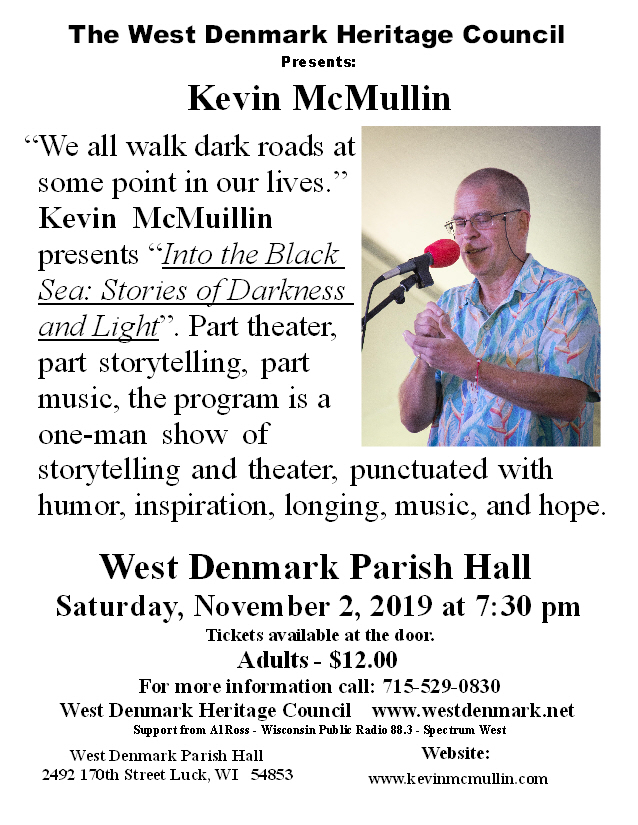 This performance with two-time Grammy Award Winning Mads Tolling, is made possible with the support of Jazz Road, a national initiate of South Arts. 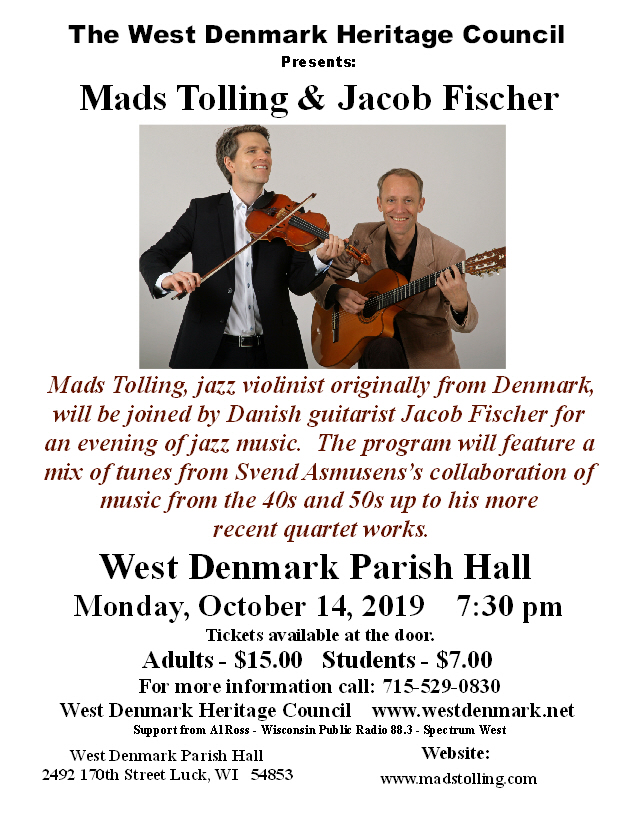 An evening with Peter Yarrow 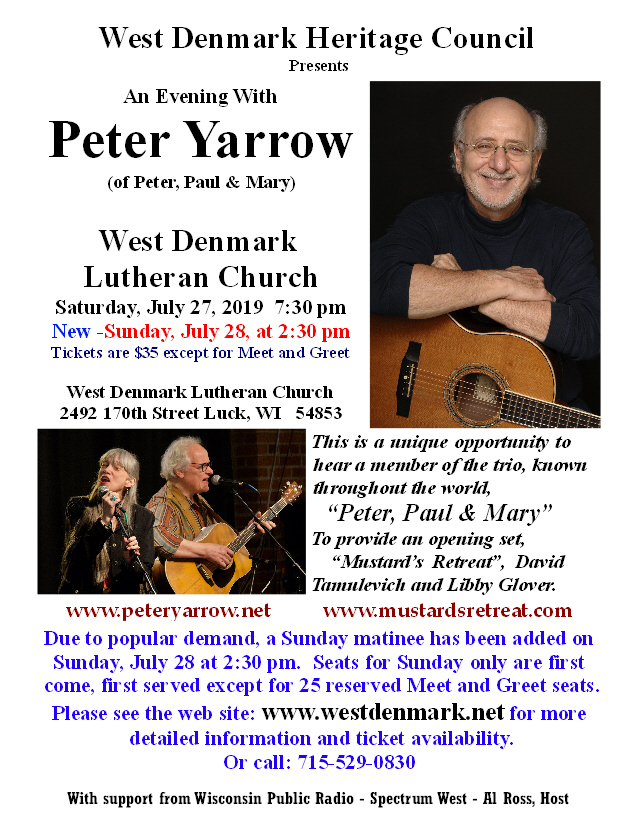 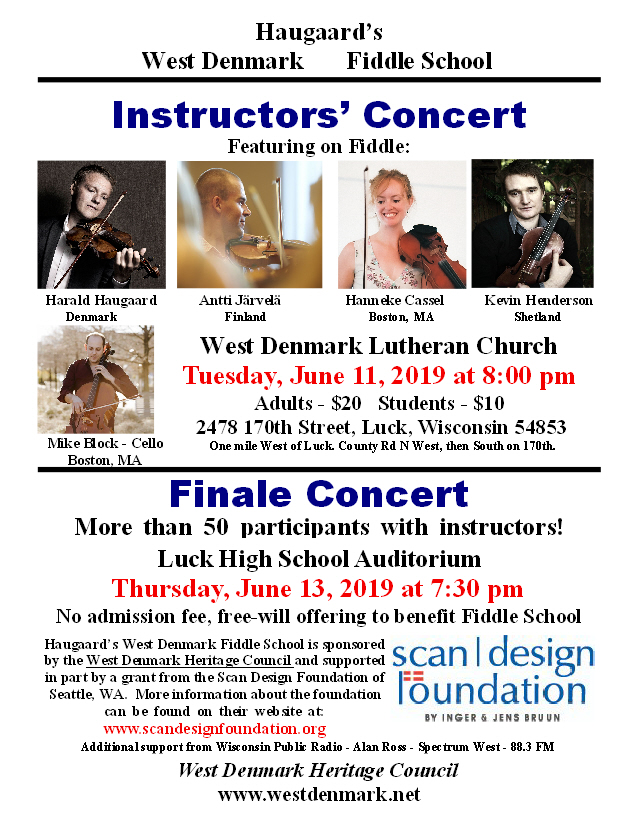 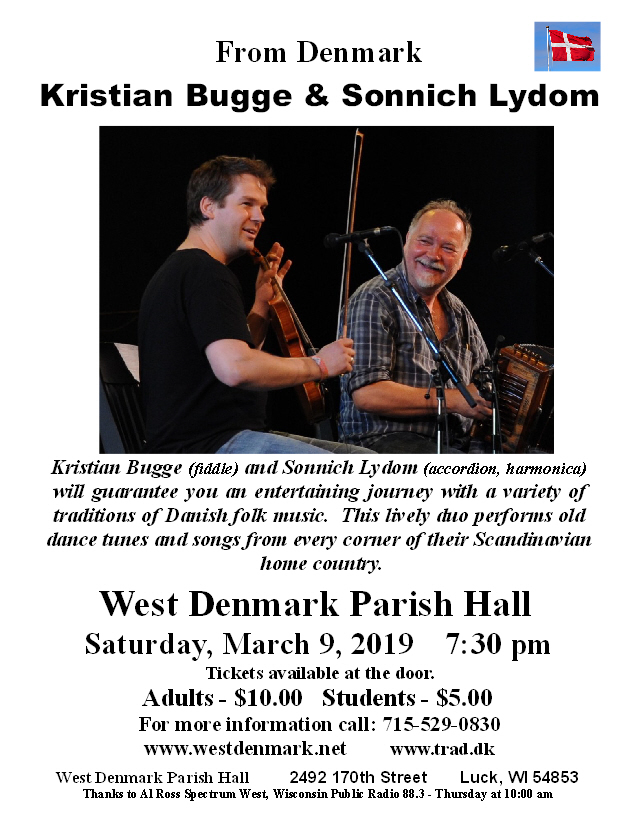 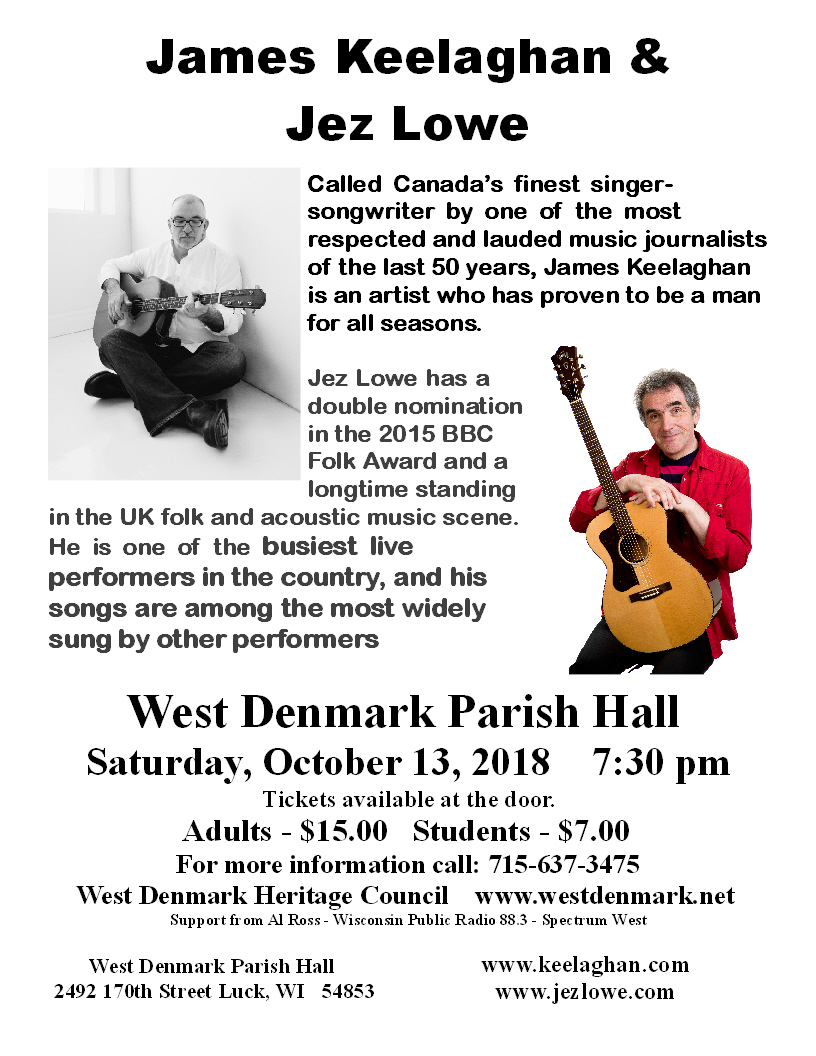 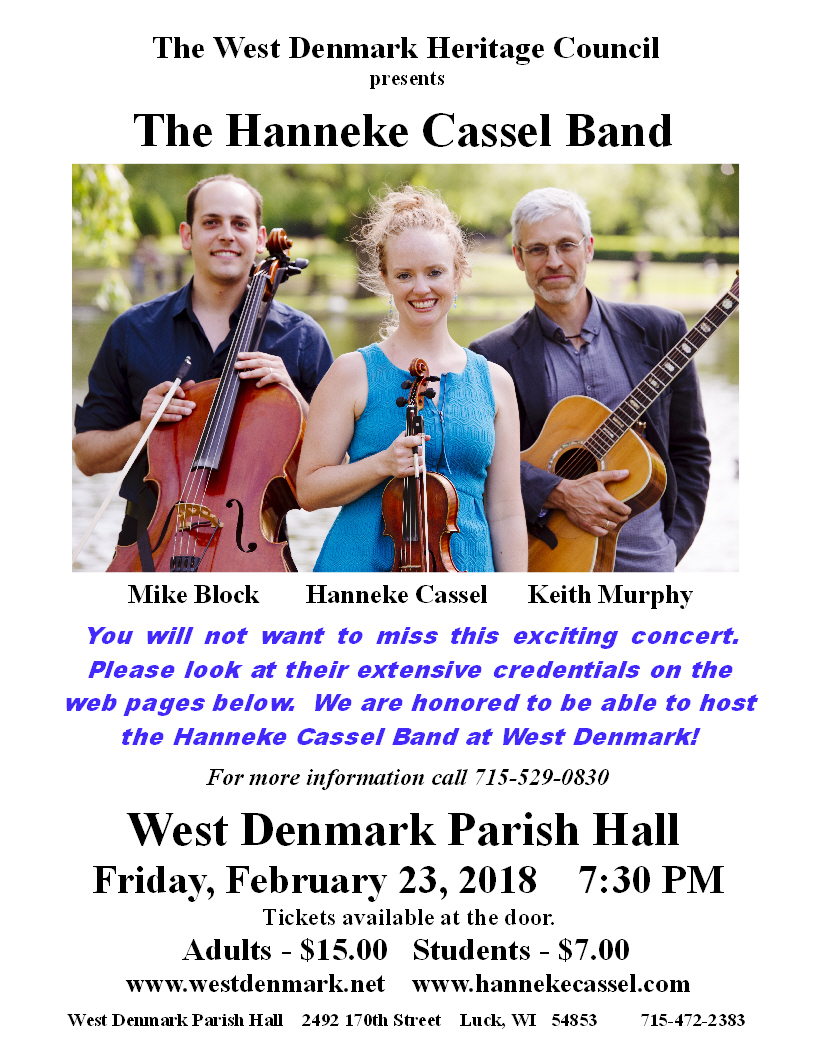